The multi functions of one 128GB micro SD Card

There are many electronic products for personal use, and the capacity of Android phones in the past few years was not very large, so it was necessary to install bulk micro SD card to expand their capacity. In the last several years, Android mobile phones have capacity of 128G and 256G, which have fully satisfied the use, and they no longer need expansion of micro SD cards. In recent years, with the addition of new electronic products - Switch, 3DS, Drone, GPS and Dash cam, there is increasing demand for micro SD cards for 3DS! Let’s talk about Toshiba 128G M203 micro SD card today.
The micro SD cards for personal use are either too small or too slow, and have already been eliminated such as Micro SD Card 128MB, 256MB or 1GB.

1. Packaging
Toshiba 128GBM203 micro SD card is packaged in yellow-green color. Packaging is designed for general SD cards, with cardboard packaging around and transparent plastic clamshell in the middle part where the SD card is placed. The size of the packaging is as large as the palm so that it can be carried easily.
The word SDXC1 is printed on the upper left corner of the front of the package, and the propaganda of Toshiba Flash Card - the supplier of flash memory world, is in the upper right corner.
At present, the maximum capacity of SDXC (SD eXtended Capacity), can reach 1TB, and in theory the maximum capacity can reach 2TB.
And what we take this time is SDXCM303 micro SD of 128G, which also has the standard in the middle of packaging. There is a QR code for verifying authenticity being affixed below the number of the storage capacity in order to remind you to buy the genuine goods.
There is a raised transparent plastic package at the bottom of the package, inside of which is micro SD card.
On the left side, we introduce some parameters of this card - the maximum reading speed is 100MB/s*2, which can be said that it is very fast. The lower left side shows the multiple uses and other features of this card-Android, such as full HD shooting support, waterproof and impact resistance.
The bottom left side of the package is UHS speed class and speed class. The bottom right side is marked with M203, which is the model of this micro SD.
On the back of the package, it introduces the detailed working temperature, reading and writing speed, capacity and other parameters of this M203 micro SD card, as well as the detailed information of the merchants. And the most important point is that the shelf life of the memory card is 5 years.

2. Appearance
When you disassembly the package and you can see the mini M203 micro SD card! This micro SD memory card is 15 *11 *1mm in size and black in appearance. Besides the product LOGO, it is also marked with this model M203 and the capacity 128G on the front side of the card.

There are serial number and origin (Taiwan, China) of mini-products on the back.
This M203 micro SD card also has three properties in appearance:
1) Waterproof. It is said that it can still be used after soaking in water for 30 minutes. I don't intentionally try it here, but I sprinkle a little water on the surface and then use it without any effect. And I'm sure nobody deliberately left it in the water.
2) Shock resistance. It is reported that it can pass the drop test at a height of 5 meters.
3) Temperature resistance. According to the introduction, it can work from -25℃to 85℃.

1. Actual capacity
Computer model: Lenovo Y470
Operating system: Windows 10
Actual capacity: It can be seen that this 128GBM203 micro SD card has a usable capacity of 116GB on the computer, which is within an acceptable range. 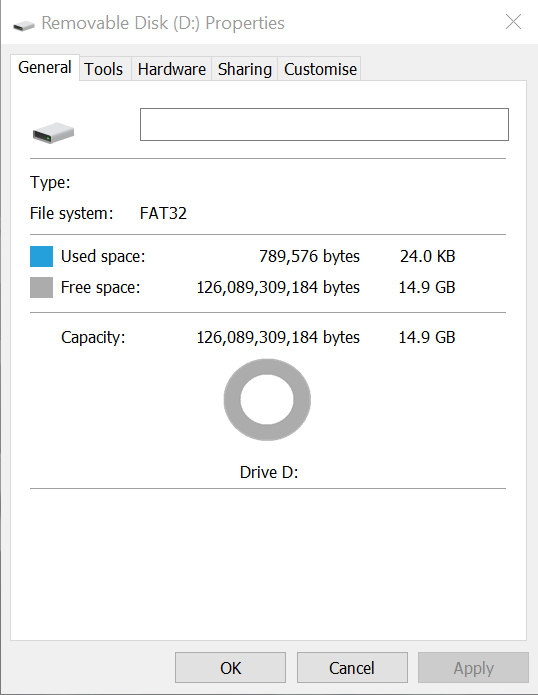 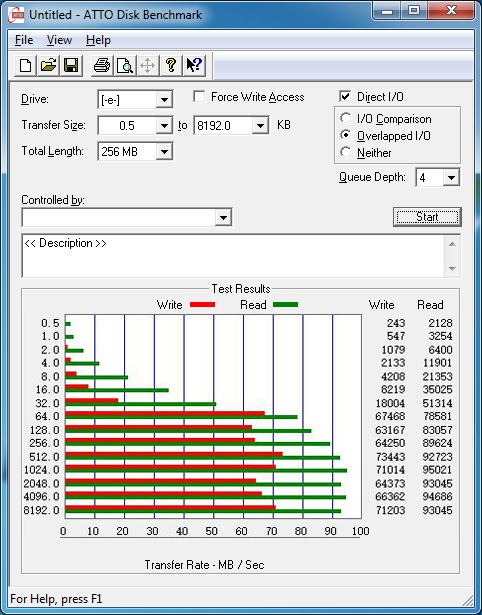 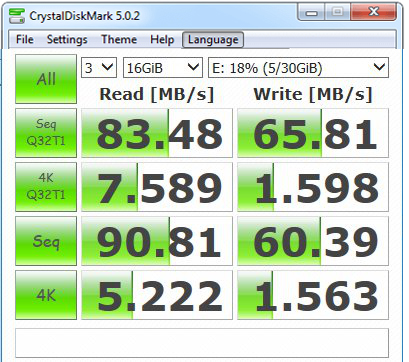 3. File copying speed
Computer model: DELLXPS1.3.3 inch
Speed measuring software: FastCopy
Type of Test File -1.5G Movie
When testing a 1.5G movie copied from the computer to the M203 micro SD card, the transmission time is about 25.9s and the transmission speed is at 61.6M/s. 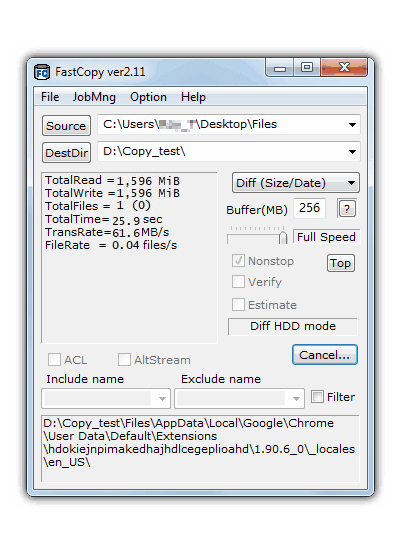 1. Working with 3DS
We take one 3DS for testing. The micro SD card is also necessary because of the relatively large games. And wholesale16G micro SD card was used before.
After connecting with this 128GB micro SD Card, the loading speed is obviously increased, and it is much smoother when playing the game.

2. Working with Switch
Let’s take one Switch for testing, which naturally needs to work with a micro SD card. And the micro SD card is placed in the lower right corner of the switch back.
After connecting with the 128GB micro SD card, the system is used smoothly, and the loading speed is also fast when you slide pages from left to right.

3. Testing with Sony A7M2 camera body + FE28 lens
An A7M2 supports bulk SD cards, SDHC cards and SDXC cards, but it only has one card slot. When using an ordinary SD card and writing data to the card, the camera cannot perform other operations after continuous shooting at high speed. However, after using the 128GB micro SD card, the writing speed is obviously improved and the waiting time is shortened. It is convenient for photographers to take pictures for the second time.

This 128GB micro SD is still relatively smoother than the ordinary SD card. When the A7M3 photo is set in RAW format, an ordinary photo is more than 20M and can be browsed quickly after taking photos.

5. Testing with PAPAPAGO N291 Dash Cam
The Dash Cam is PAPAGO N291. The USB interface of this Dash Cam is 2.0, which supports 128G micro SD card.
The 128GB micro SD supports high-definition shooting, which improves the quality of shooting slightly compared with ordinary SD cards.
In addition to the above, this 128GB micro SD is also used for a variety of other purposes, such as for Android phones, GPS, wireless cameras and so on.

V. Summary
If you can encounter the various promotional activities of e-commerce, the price of this 128GB micro SD card is still very cost-effective and is generally acceptable.
At present, I mainly use this high-speed card in Switch and it is quite smooth in the process of playing. It responds very quickly without the phenomenon of delay.
And this memory card has the characteristics of waterproof, compressive and impact resistance, which also makes it more widely applicable and can be used with various electronic products.