why The 128G microSD card can be so powerful with carmera

Speaking of micro sd memory cards, many people think they can only be used in mobile phones to expand storage space. With the development of technology, more and more digital devices require micro sd cards to support their storage. On the one hand, micro sd memory cards are smaller than SD cards, so there can have more applications. On the other hand, they are more economical and can realize many functions with the lowest cost. In modern life, micro sd memory card may be inserted into mobile phones or tablets to expand the storage space. It may also be inserted into driving recorder to record and prevent traffic scam. Of course, it may be put in a cover and used as SD card in SLR or simply used as a USB flash drive. With so many kinds of application, micro sd memory card has become a special digital gadget that is indispensable in life. 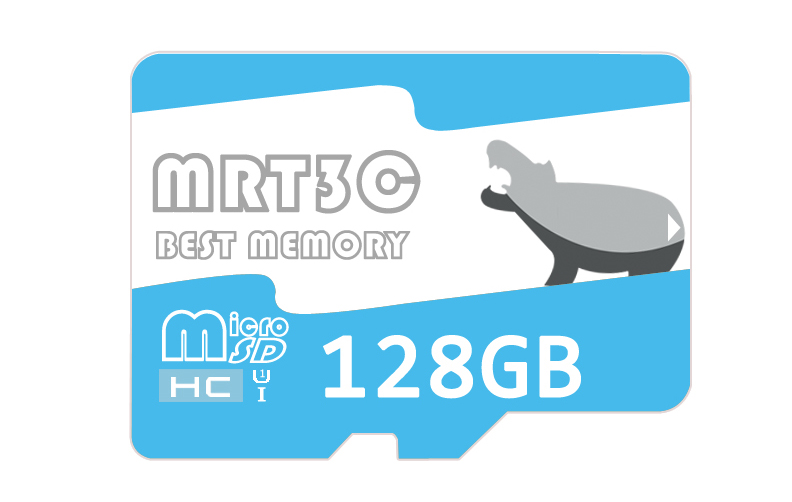 Recently, I bought a Fei Ao X7 Mark II lossless music player. Although the body already has 64GB of storage space, everyone knows that a DSD lossless format file is bigger than 100MB. For music lovers, it is necessary to put in as much lossless music files as possible, so you must buy a micro sd memory card with large capacity. After comparing, I chose Toshiba ExceriaTM M302 micro sd memory card with capacity of 128GB, its maximum reading rate achieved 90MB/s, which can fully meets my needs. On its red packaging, four characteristics are printed: support 4K shooting, anti-magnetic and waterproofing, X-ray resistance and impact resistance.

Toshiba's M302 microSD card has a U3 rated high-speed, which is sufficient for daily reading and storage. It has a black background on the front with text EXCERIA written in red, indicating that the memory card belongs to the EXCERIA series. The EXCERIA series provide challenging and innovative product for high-end cameras, tablets, smartphones and photography enthusiasts. The card has the characteristics of high transfer speed and large capacity.

On the back of the memory card, the golden circuit board is made meticulously, and we can see the product number code too. The word "taiwan" indicates that this memory card is made in taiwan, which is a representative of the craftsman spirit, therefore, it is also an guarantee for its quality.

Although micro sd memory card is smaller than SD card, micro sd memory card can be used in more scenarios. The new domestic music player I just bought only has 64GB of storage space, which is apparently not enough. But with a 128GB Toshiba M302 microSD card, I can load more lossless format song files, how excited this is!

After inserting the memory card into the machine, the machine can smoothly read its capacity, which is 116GB, a fairly normal number. Don't forget the 1024-byte conversion concept, the actual storage space available is definitely smaller than marked.

Except from being used as expansion space for domestic music player, it can be used in mobile phones and tablets immediately as well. I often use SLR camera, and a RAW format picture can take up more than 3 MB of storage. It is stretched to use the previously purchased Toshiba 32GB memory card. When there is no enough storage, you can insert Toshiba M302 microSD card into the SD card holder, and you will immediately have 128GB storage space. I can take as many pictures as I want!

It might be impossible to use traditional USB flash drive to copy and transfer large files, but a 128GB M302 memory card with card holder can easily solve this problem.

Nowadays, almost every home owns a car. Whether you drive it to work or long-distance travel, it is responsible to install a driving recorder. There is a saying "Touch pitch, and you will be defiled. " In order to prevent traffic scam, or to record the accident to prove it is the other party who violet traffic rules, old drivers and new drivers all agreed to equip a driving recorder. micro sd memory card with small capacity will be occupied quickly! It is necessary to purchase a stable micro sd memory card with high storage speed and a large-capacity. The 128GB capacity of Toshiba M302 can certainly allow drivers to drive safely, they no longer need to worry about whether the video might be covered.

After inserting the Toshiba 128GB M302 memory card, you can see that the driving recorder automatically recognize its storage capacity of 115.96GB, which is basically consistent with the previous display of the domestic music player. After inserting such a large-capacity memory card, safe driving drivers no longer need to worry about others rampage!

So, is this memory card able to achieve such a high transmission rate as officially claimed? We use the CrytalDiskMark software for professional evaluation, the maximum reading speed can reach 92.82MB/s, while the writing speed was 32.02MB/s, exceeding the official data a bit. It seems that the official data is real.

I did not expect before that a microSD card can be used in so many digital devices. In modern life, the result of technological development is that more and more intelligent devices are closely related to people, and micro sd memory cards have wider application scenario. Stable and efficient is the ultimate goal pursued by users. I really did not expect that Toshiba M302 microSD memory card can be applied to so many places, but it actually makes sense. Are you ready to accept the arrival of the mass storage era?