The New Memory Storage Plant of Samsung will be launched 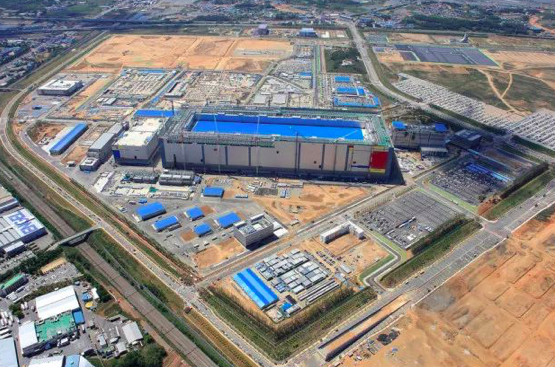 According to the report of Korea Media koreaherald, Samsung Electronics appears to be preparing for the operation of a second memory plant in Pyeongsawa, Gyeonggi Province, in March next year. The move shows that Samsung highly card about its market leadership, even though the memory industry is already in the doldrums and prices are falling.


First of all, let's introduce Samsung. Samsung Group is the largest multinational enterprise group in South Korea, and it is also one of the top 500 listed enterprises in the world. Samsung Group includes many international affiliated enterprises. Its subsidiaries are: Samsung Electronics, Samsung C&T, Samsung Airlines, Samsung Life Insurance, Renault Samsung Motors and so on, the business involves electronics, finance, machinery, chemistry and many other fields.

Samsung Group was founded in 1938; it was created by Lee Byung-chul. Samsung Group is a family business, the Lee family heritage, all the Samsung industries are family businesses, and they are controlled by other members of the family management, group leaders have been passed on to Lee's third generation, Lee Kin-hee as the current president of the group, His son Lee Jae Yong is served as vice president of Samsung Electronics.

On May 25, 2016, Huawei filed intellectual property lawsuits against Samsung in the United States and China, including the Northern District Court of California and the Shenzhen Intermediate people's Court. On July 21, Samsung sued Huawei Technology Co., Ltd. for patent infringement in the Beijing intellectual property Court, and requested Huawei stop the production and sale of mate8 and other models, claiming $80.5 million for compensation. On Sept. 6, according to Dow Jones report, 70% battery of Note 7 phones (roughly around 2.5million pcs) shipped or arrived in the hands of consumers are supplied by its subsidiary: Samsung SDI (SAMSUNG SDI CO., LTD.), The rest batteries are produced by Amperex Technology Limited (ATL). In October, Samsung ranked seventh in the world's top 100 most valuable brands in 2016. However, Samsung Electronics announced a halt to sales of the Galaxy Note 7 phone after recalling the phone in October, almost announcing the "death penalty" for this flagship phone, this move could cost Samsung $17 billion. On December 9th 2016, Samsung said they were going to upgrade its software in the US; meanwhile they permanently disable Galaxy Note7 phones.

Back to the news of 2nd Memory Fab in Pyeongsawa, Samsung Electronics has held meetings with the partners of the Pyeongsawa project, including the municipal office in the city. The supply of these new plant utilities is discussed by revising the March 2020 operating schedule.

The new Fab, which has an operating value of 30 trillion won ($26.4 billion), is commonly expected to operate in June 2020. But the plan appears to be ahead of schedule, the new timing will be in March, however, the market is not very optimistic for this. The chipmaker may be faster to prepare for a market recovery next year; it aims to dominate pricing power when the market gets recovery.

"Samsung seems to be preparing for a recovery in memory chip demand next year," industry officials said. "The new factory will likely be used in the most technologically advanced DRAM chips, which will be used in high-specification digital devices such as collapsible mobile phones. "
As we all known, Samsung's first memory chip factory is already the world's largest memory fab. The latest second memory chip factory is built near to the first one. The 2nd new fab in Pyeongsawa covers an area of 2.89 million square meters, about the size of 400 football fields. Samsung is planning to build two more memory plants at that place, which will be officially announced later.

"Although the price of DRAM memory and NAND flash chips fell in the first quarter, Samsung did not scale back its investment plans," the official said. "Senior officials are predicting that demand will be recovered in the second half of this year, and the price will continue to grow rapidly next year. "
"the new memory fab that is about to operate in next year will play a key role in balancing supply and demand, and Samsung hope it can take the lead in storage market" he added.
Samsung public relations officials said their company had drawn up a rough schedule for the new plant's business plan in March next year, which was raised long time ago but announced recently. He added, "as Samsung officials have not officially announced yet, the progress of this plan may be adjusted according to market conditions, after all, the market is now completely different from the previous situation."

Industry sources believe the new fab plan of Samsung may be preparing for a recovery in memory demand next year, and the new plant may produce the most advanced DRAM chips that will be used in high-end devices, such as folding screen phones.

Although DRAM and NAND Flash prices fell sharply in the first quarter, Samsung did not stop investing. Senior executives predict that memory demand will begin to rebound in the second half of this year and is expected to continue to grow rapidly next year.