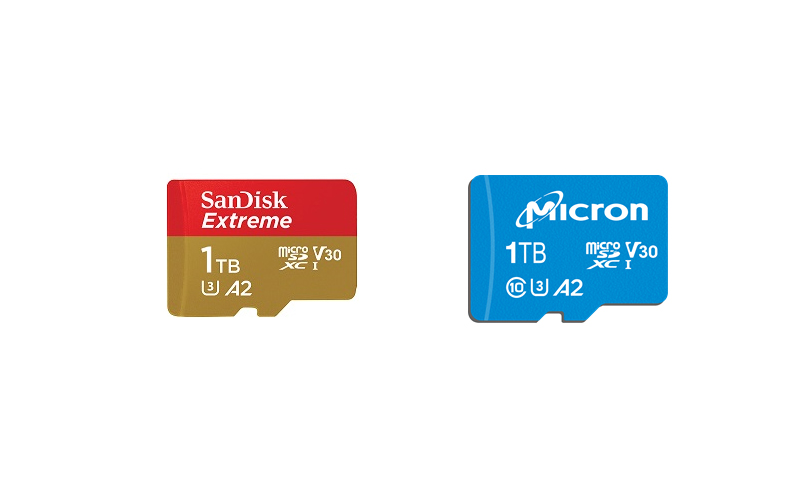 For consumers, the emergence of 1TB micro SD has improved the performance of mobile storage of Micro SD Card to a new level, especially in the field of mobile phones and games. Users can be free to shoot, share, store and enjoy more content. With short and high-definition videos and images becoming the current mainstream interactive information, the mobile storage scheme composed of super-large storage scheme and faster reading and writing speed will undoubtedly better meet the needs of users. However, the biggest problem at the moment may be the price. It is understood that the price of 1TB SanDisk micro SD is about US $450 (equivalent to RMB 3000 Yuan), which is undoubtedly not very friendly to consumers.

In 2018, Jeff Janukowicz, Vice President of IDC Research, said, "Mobile devices have become the core of our lives. Today, users have been accustomed to using smartphones for entertainment and business. We collect and share a large amount of data on smartphones, micro SD card for Drones, tablets, PCs, laptops and so on to provide better product services for users. As the functions of user devices become more and more advanced, it will require relatively higher quality content output and the demand of users for storage will certainly continue to improve. It is expected that in 2018, more than 150 billion applications will be installed by mobile device users worldwide, which requires our storage devices to have larger memory capacity.”

The continuous refresh of the capacity for flash memory product is inseparable from the continuous evolution of 3D NAND technology in recent years. Comparing with 2D NAND, 3D NAND is one new type of flash memory, which has solved the limitations of 2D or the stacking technology for NAND flash.

Over the past few years, 3D NAND had grown from 32 layers, 64 layers, and 72 layers to 96 layers, continuously promoting flash memory products to new capacity records. According to the estimates of the market research agency, by 2020 3D storage stacks will be 120 or more layers, and by 2021 they will be more than 140. At present, the 96-layer 3D four-layer unit (QLC) NAND technology can achieve the capacity of 1TB. And it can be imagined that in the next two years the capacity of micro SD mobile memory card will still have a huge space to increase after 1TB.

According to the latest information from SanDisk and Micron, the current wholesale micro SD cards of 1TB are more suitable for traditional consumer scenarios, such as mobile phones and other electronic devices.


Is it far away to expand the capacity of the monitoring micro SD mobile card to the 1TB?

According to historical statistics of IHS Markit1, more than 98 percent of all micro SD cards sold worldwide in 2017 were used in consumer applications. In the non-consumer market, such as the enterprise market, with the arrival of the general trend of edge computing and edge storage, the market of the enterprise micro SD card ushers in prosperity, the most typical of which is in the field of self-driving cars and AI monitoring.

In 2018, SanDisk and Micron also launched micro SD cards especially for video surveillance storage solutions, with capacity expanding from the original 32GB and 64GB to the current 128GB and 256GB. Comparing with micro SD card in the traditional consumer market, micro SD mobile card dedicated to video surveillance is highly strict with the applicable environment (temperature), reading speed and writing speed. At the same time, for the professional application scenarios such as security monitoring, the memory card also pays special attention to the durability of products (that is the P/E cycle), and the self-monitoring (detection) function of the storage system, in order to prevent data loss.

At present, under the guidance of the trend of edge computing, more and more emphasis is laid on the application of front-end intelligence in the field of intelligent security, which will also put forward new requirements for the capacity and performance of front-end storage. Now the emergence of 1TB micro SD mobile cards cannot be applied to the field of video surveillance because of cost, performance compatibility and the other problems, but it undoubtedly provides a new direction for the development of the front-end surveillance mobile storage scheme.