The Memory storage industry in 2017 was dramatically developing. Over the past few years, the adoption rate of super-integrated infrastructure, full flash and hybrid flash memory had been on the rise with the concern of these concepts. By 2017 the trend had escalated. Traditional storage vendors highly concerned about the rapid changing market, not only reformed their own product portfolio, but also built a urgent cooperative relationship with cloud computing providers. 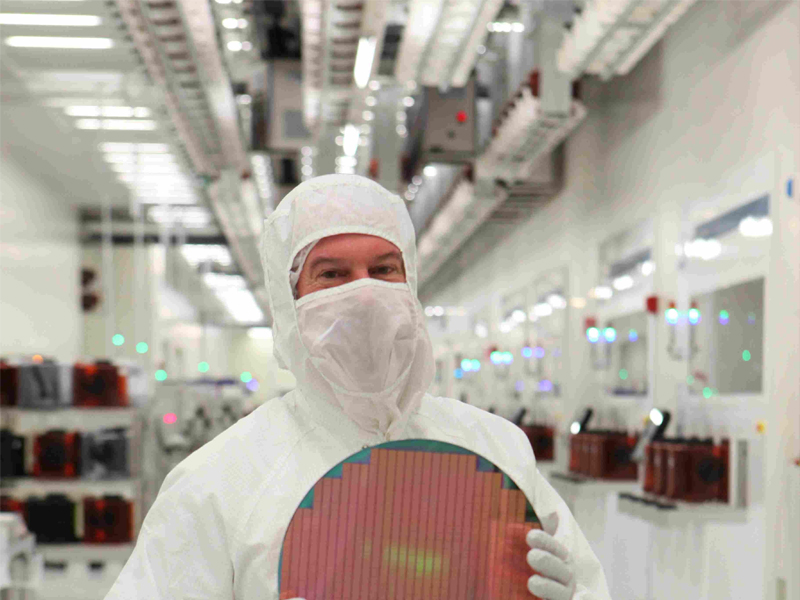 In fact, in 2017, storage sales clearly shifted to cloud computing and ultra-large enterprises, away from the traditional vendors that had dominated the field for many years. As demand for hybrid clouds increases and buying habits change, this trend will continue after 2017.

Here are the major events that took place in the storage market in 2017.

1.HPE raise the investment on storage industry by the acquisition of Nimble and SimpliVity

The year of 2017 had been significant for HPE, which bought SimpliVity, one super fusion maker, for $650 million in February and completed $1 billion acquisition of Nimble Storage, a hybrid flash memory maker, in April.

HPE hoped reverse its plummeting storage fate through Nimble's Adaptive Flash hybrid flash memory and Predictive all-flash array. Hewlett-Packard said Nimble's products would be aimed at small and medium-sized enterprises and the mid-market, while its enterprise-class 3PAR StoreServ array would be aimed at the high-end market. Nimble's InfoSight prediction analysis was also a key part of HPE's focus, and HPE had revealed plans to integrate its application monitoring technology into other storage systems. 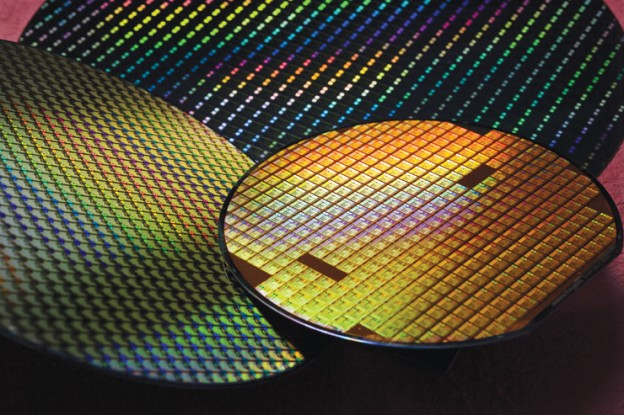 The acquisition of SimpliVity provided HPE with duplicate data deletion and compression capabilities, which were the shortcomings for HPE.

In addition, on Nov. 22, after six years as chief executive of HPE, Meg Whitman announced that he would resign from HPE CEO on Feb. 1, 2018, take over as current president Antonio Neri, and Whitman would remain on HP's corporate board.

In 2017, Dell EMC, one giant in the storage industry, was clearly absent from frequent acquisitions. In 2016, Dell closed a $60 billion deal with EMC. In 2017, Dell EMC tried to demonstrate innovation in its storage strategy by betting on software features and hybrid clouds, and launched a whole new product line.

Dell EMC launched its new flagship product, the VMAX 950F, of the enterprise-class flash storage array family in May 2017. The company had also launched a second-generation XtremIO high-end all-flash block storage platform that improved data compression by 25 per cent and supported extensions according to Dell EMC. It also improved the Unity all-flash midrange array product line with new CPU and memory features.

NetApp admitted to excluding its hardware business in 2017, and invested all on the software business and kept growth.

This statement run counter to what NetApp's competing storage vendors had been doing. However, the co-founders of NetApp admitted that it was understandable that investors do not understand the full software strategy.

4. The “Love Triangle” story of Toshiba, Bain Capital Consortium, Western Digital could be the annual drama

Toshiba, Bain Capital Consortium, Western Digital's "love triangle" plot could be said to be the most "funny story" of the year. The story was going as below.

Toshiba, in order to fill the debt pit for Westinghouse Electric, and then planned to sell its memory business. However, the selling case was forcibly disrupted by several forces twice, the signing of the acquisition agreement had been delayed again and again, and buyers (such as Western Digital, Bain Capital, Foxconn and so on) changed one after another, unfortunately, no one made decision at that time. At the beginning Toshiba had reached an agreement with Western Digital to sell its semiconductor business to the Western Digital consortium for $17.4 billion. Then Bain Capital (SK Hercules was behind it) led Apple to involve in the acquisition and bought Toshiba's chip business for Y2, 000bn (about $18 billion). The business was scheduled to go public within two to three years. The acquisition was completed on March 31, 2018.

Western Digital and Toshiba came to the table from the memory acquisition case because the two sides' joint venture wafer factory did not agree to each other, and they had finally withdrawn their lawsuits against each other and reopened the joint investment case between the two chip factories in Japan to ensure the supply of memory chips. The two sides also decided to extend the contracts of several joint ventures in the memory business to between 2027 and 2029.

There was also strong news that Toshiba's Fab 6 (wafer factory) was under construction and expected to be completed in the fourth quarter of 2018. Toshiba announced planed to invest 7 billion yen ($1.062 billion) in site preparation and initial construction for the Fab 7.

In January 2016, Cisco invested in Springpath but did not disclose the amount of investment, however, Springpath was known to have raised a total of about $34 million, and Cisco was the main investor. Cisco signed one OEM agreement with Springpath to provide HALO software for Cisco's UCS server-based HyperFlex products. After the announcement of the OEM agreement, Springpath stopped the other related marketing and sales of HALO software and fully supported Cisco.

HyperFlex family of products, launched in partnership with Springpath, had become a core component of Cisco's ultra-converged infrastructure portfolio. The acquisition would allow Cisco to absorb the software behind this critical product line and gained full control of Springpath's technology assets. In the future, the Springpath team will join Cisco's Computing Systems products Division, led by Liz Centoni.

Western Digital, which had been obsessed with "tearing" negotiations with Toshiba, was not idle, and Western Digital announced in August 2017 that it had bought Tegile Systems, a supplier of flash and hybrid HDD/SSD systems, for an unspecified price. Western Digital Johnson became an investor in Tegile through the acquisition of SanDisk, and provided flash media for Tegile arrays.

In November 2017, barracuda (Barracuda Networks Inc.) Announced that the board agreed private equity firm Thoma Bravo LLC to buy barracuda for $1.6 billion. The total split was equivalent to $27.55 a share, 16 per cent higher than Friday's closing price. Barracuda provided network security products such as firewalls and e-mail filtering software to block malicious mail.

William BlairCo analyst said " the ability of barracuda is to transform its business from a local backup machine to a cloud-based solution, as well as recent profit margin issues, we believe the Thoma Bravo acquisition may be the best choice for shareholders. And while the frequency of blackmail software attacks creates demand for barracuda's mail security and backup products, we believe that barracuda also faces some of the challenges of moving to the cloud, so it seems that Thoma Bravo offers a relatively fair price. "

IBM, like its competitors, had stepped up its storage strategy over the year. In October 2017, Big Blue unveiled new software and common pricing for its FlashSystem storage portfolio. According to IBM report, the company was expanding its entire flash storage portfolio by adopting 3D TLC flash technology, which had tripled the storage density of the previous generation. The company also announced an update to its storage software portfolio to better integrate with hybrid clouds and offer pricing based on consumer-level users. In addition, IBM started supporting container block storage in 10 as a way to manage cloud native operations with stateful containers.

In June 2017, Amazon abandoned plans to provide free unlimited cloud storage for videos, photos and documents on the Amazon Drive. Amazon, on the other hand, was offering consumers and business users less and less free Amazon cloud capacity, it was chargeable if user used extra spaces.

In 2015, Tsinghua Ziguang launched a $23 billion offer for Meguiar Technology and then handed over a $3.8 billion investment agreement to Western Digital, both of which were rejected by the US government. So Ziguang set its sights on the local XMC, which set up Changjiang Storage after buying the latter in July 2017.

According to Zhao Weiguo, in the field of storage, Ziguang's Yangtze River Storage had developed a 32-layer 64G fully independent intellectual property 3D NAND chip, which would be produced in mass production in 2018.

Previously, it was reported that the first phase of the Yangtze River Storage was capped ahead of schedule on September 28 2017. The construction area of the No. 1 production and power plant reached 524000 Yuan, and it is expected that it will be put into use in 2018, and the total production capacity after reaching production would reach 300000 pieces per month. The annual output value will exceed $10 billion.

On the other hand, in 2017, Violin Memory, we know that the veteran manufacturer of flash array software and hardware went bankrupt after a long and tortuous battle, and was finally acquired by a private investment fund run by Soros Fund Management.

The details of SD Card (Development Archives)
How is the production process for MICRO SD Card by Wafers?
To Get the Right Format of Micro SD
How to choose CF, SD and Micro SD cards: this article will teach you how to buy a satisfactory memory card.
The new generation of Micro SD card will be UFS card?
Physical diagram of USB3.0 data cable wiring
How to get suitable Micro SD Card for your Electronic Gadgets
Fix the lost lock button of SD Card