Home » Blog » Scrapped after full set for 70 times? Analyze whether QLC SSD can be bought is safe to buy

Scrapped after full set for 70 times? Analyze whether QLC SSD can be bought is safe to buy

Scrapped after full set for 70 times? Analyze whether QLC SSD can be bought

Last year can be said as a year with 3A game explosion. The requirements for game configuration are also getting higher and higher, especially the recommended configuration size of memory and hard disk is getting larger and larger. Some games along with their subsequent data loading even require to reserve more than 200GB of hard disk space. Obviously, you can't just install one game in your computer, so that makes more and more gamers have the idea of buying a larger capacity hard drive. When users want both large capacity and speed advantages, it provides a good opportunity for QLC SSD to enter the consumer market. However, there are still big doubts about whether QLC SSD can be bought and used with confidence. Today we will reveal the answer.

In addition to the main control, the research and development of domestic QLC flash memory can not lag behind the market. On April 13, YMTC announced that its 128-layer QLC 3D flash memory (X2-6070) has been successfully developed and has been verified on terminal products such as SSDs from many main control manufacturers. According to the official introduction, this product is unique in that it is the industry's first 128-layer QLC specification 3D NAND, and it has the highest storage density per unit area, the highest I/O transfer speed, and the highest single NAND flash memory chip capacity among known models. 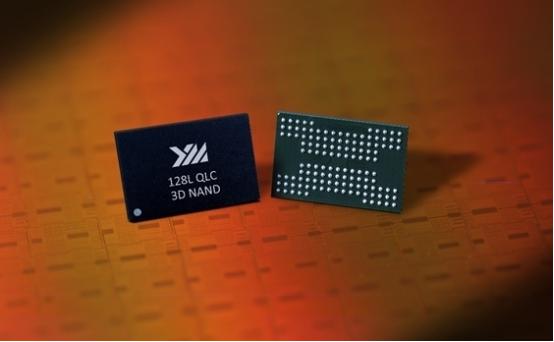 Among the international flash memory brands, QLC flash memory has been applied earlier. After all, it has been the general trend for QLC SSD been put on market massively. Micron is the first manufacturer to launch QLC flash drives, but it was mainly used in the enterprise market. This year, the new 2210 series M.2 drives have been fully replaced with 3D QLC flash drives. The maximum capacity has doubled to 2TB, and it started from 512GB. 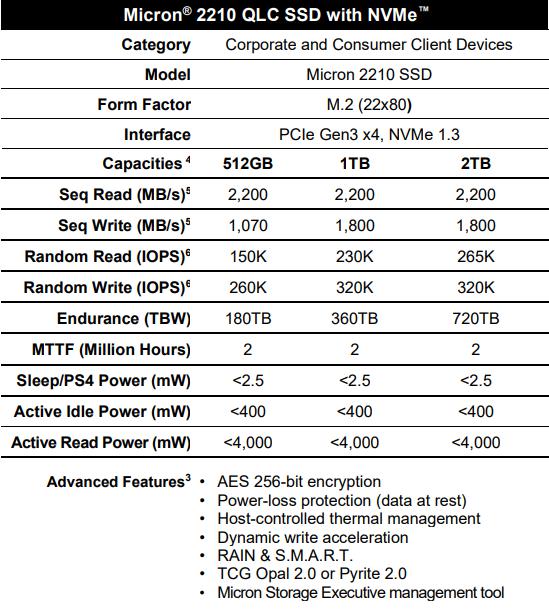 She also announced that SSDs (code-named Keystone Harbor) based on 144-layer 3D QLC flash memory (internally named Arbordale Plus technology, fourth-generation flash memory in family) will be shipped by the end of this year, and Intel plans to migrate the entire SSD product line in 2021 to the 144-layer flash memory chip. What’s more, Intel confirmed that PLC flash memory (5bit/cell) with higher capacity density is also under intense development.

Summary: QLC SSD is becoming a buying trend, so don’t worry if you use it correctly

Judging from the current market trend, QLC SSD will inevitably gradually become the mainstream choice in the market. After all, it has its own advantages in terms of capacity and speed. What's more, since it is a product that meets the market demand, the manufacturers must also have made adjustments in the main control optimization and firmware upgrade to ensure that the product provides users with stable storage within warranty. In other words, as long as you use it correctly, you can still ensure data security within the warranty period promised by the brand. So, what should you pay attention to when choosing QLC SSD?

In terms of capacity, it is recommended to start with 480GB~512GB version. The amount of data for most individual users is not very large, and it will take a while to fill up the entire disk. And within the P/E life span of SSD, we will not reach full disk status too many times, thus ensuring data security.

Do not defragment the disk. The storage method of solid state drives is flash storage, which is different from physical disk storage of mechanical hard drives. Because it is electronic storage, the seeking time is very short. The performance of solid state drives is mainly determined by the main control chip and flash memory particles, so it is recommended not to use the disk defragmentation function.

In the family of SSD, the products supported by NVMe protocol have more advantages.

nowadays NVME is a good option.