When it comes to smartphones, I love having options. Give me multi-band radios, future-proof the phone with more RAM than you think it needs, and make the battery so that I can swap it out for an extended-capacity component if I so choose. That’s why it drives me crazy to see slapdash support for microSD; expandable storage is hugely important for making a handset as flexible as possible. There are plenty of reasons for why not to offer bulk microSD expansion, but I don’t think they add up to a strong case.

The Case Against microSD

You can boil-down most of the arguments against microSD to three categories: size, speed, and complexity. While a microSD card is small itself, supporting it in phone hardware has some more complicated space requirements. You need to make room for the actual reader hardware, itself larger than a card. Then you need to make room in your circuit layout to position the reader up against the edge of a device, whether that’s wholly external to it or around the edge of the battery compartment. There’s also the case design to consider, and how to give users access to the microSD slot. Altogether, I’ll admit that it sounds annoying, and manufacturers surely save their engineers a few headaches by just axing the feature. 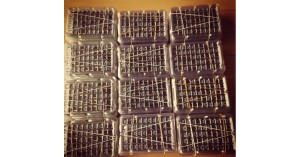 When Microsoft revealed that the microSD cards in WP7 hardware would be considered non-removable, the company mentioned speed issues with a large number of commercially-available cards as factoring in to its decision. As anyone who’s run a number of smartphone benchmarks knows, I/O can bottlenecks can be big performance issues. Going with hard-wired flash allows a manufacturer to have full control over that aspect of the phone, and ensure a certain level of throughput.

Then there’s the issue of complexity, where adding a microSD card to the phone’s file system can start leading to some confusing directory structures. If a user pops a memory card in his phone, and then shoots a bunch of video, he might expect it to be saved to the SD card. Implementing new storage paths, and having software make assumptions about where files should go (or where they might be found), creates what could be seen as needless complexity.

But I’m Just Not Buying It

I don’t have much sympathy for manufacturers who focus on phone size at the expense of features. If adding a microSD slot would require making a phone a millimeter thicker, then go for it; use the rest of that extra space a larger battery, or spiffier camera sensor. When manufacturers start cutting corners in order to ensure a thinner design, no one benefits. Phones that skimp on features or play fast and loose with battery life in order to meet design restrictions just end up as sub-par devices; Motorola didn’t release the RAZR Maxx because there was a vocal cry for thicker phones – it’s that we didn’t want ones with rubbish battery capacities.

Flash speed issues are a very real problem, but isn’t it better to face problems than just avoid them altogether? I’m not saying it would be simple, but proper caching of data, both to internal storage and to RAM, as well as apps being smarter about what types of data gets stored where, could make a pronounced difference in how likely these speed concerns are to affect users. If manufacturers wanted to easily mitigate the impact, they could just give phones a ton of local storage, and offer the microSD support as a bonus. But don’t you dare release an 8GB phone with no expansion. That’s just mean.

The complexity issue is a tricky one, and I’m not entirely sure where blame lies. I grew up using computers where I was expected to personally manage what data went where on my drives. Smartphones turn the tables a bit, and largely take that job upon themselves. I could blame companies who position smartphones as consumer electronics rather than the full-fledged computing devices they are, but that would require putting just as much blame on the smartphone user base that seems to support this sort of hands-off arrangement. I mean, how many users even have file management apps on their phones? A part of me wants to say, “too bad, you made this so difficult by trying to dumb things down,” but that doesn’t fix anything. Like the speed issue, this one needs to be tackled in software: better code that’s smarter about making disparate storage appear seamless, or giving more finely-tuned control over files and storage to the user.

I didn’t mention it earlier, as it’s mostly speculation on my part, but I reckon that at least some phones released without microSD do so to make their manufacturers more money. Yes, I’m looking at you, Apple. When the only way to get more storage is to buy a larger-capacity phone, companies can drastically overcharge their customers. I don’t care what kind of high-end flash you’re using: 16GB is simply not worth an extra one hundred dollars.

I’m not trying to force anyone to use microSD storage if they don’t want to. By all means, manufacturers, keep it coming with more and more on-board storage! But not including microSD is a wrong-minded step backwards. It gives users fewer options, and that’s not what I want from a smartphone.

There are clearly some reasons why internal storage can be superior to microSD. But just as a hard drive is superior to a USB flash stick, I don’t want my computer manufacturer removing USB support in order to save me from the experience of the latter. Make things work as well as you can, but not at the expense of expandable storage.