Home » Blog » choose MicroSD Card for Dash Cam is a must for Car, it helps drivers to record driving status.

choose MicroSD Card for Dash Cam is a must for Car, it helps drivers to record driving status.

Nowadays Dash Cam is a must for Car, it helps drivers to record driving status. We get asked a lot what brand and model of bulk SD cards we use in our own dashcams and what other brands we recommend. Personally I am running a Blackvue DR650GW-2CH  which supports cards up to 128GB and prior to that the FineVu CR500HD  which can only support cards up to 32GB. Both of these dash cams came with OEM class 10 16GB Micro SD cards which work very reliably and last a long time but it's pretty common to want a larger capacity card to store more footage and have a lower risk of important footage getting overwritten. Higher capacity cards are particularly important when it comes to parking mode as that dashcam could potentially be running all day rather than the hour or two a day most people are driving. For example, if you are parked at work for 8.5 hours and the motion detection on the dashcam is triggered for 5 of those hours, a 10Mbps single channel dash cam would only allow for about 3.5 hours of recording so it's not unlikely that what happened when you first got to work has already been overwritten by the time you're off. For that reason we recommend upgrading to at least 32GB cards which would give about 7 hours of recording on a 10Mbps dash cam. 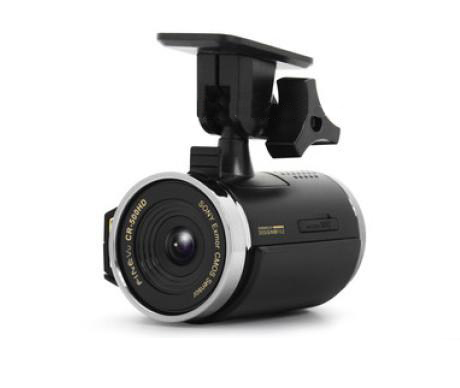 32GB memory cards are a great option as they don't have compatibility issues with Mac computers and they're cheap enough to replace if they go bad. Blackvue/Pittasoft only manufactures  up to a 32GB card  themselves but those are great options if you are looking for a reliable 32GB card. Although the higher end Blackvue dash cams  can support 64GB and higher cards and there is a Blackvue viewer for Mac computers, the EXFAT formatting of the 64GB and up cards does not show up on a Mac computer. One workaround is to save it directly to your phone (iPhone/Android) and using cloud services like Dropbox to get the video on your computer. With Windows computers it's a bit easier as the computer will detect the card although there is still an extra step when it comes to formatting. If you format the 64GB card in Windows to EXFAT it still needs to be formatted once again in the Blackvue dash cam before it can initialize the card and copy the firmware files onto it. This only takes about 20 seconds so it's not a huge concern but it is necessary. Personally we are running the ADATA Premier USH-1 Class 10 64GB card  which is what we are including with our 64GB bundle options as well. This card has performed reliably in our experience and we've never come across any issues with it. I'm not a huge fan of running the 128GB card because of how expensive they are compared to the 64GB options and since Micro SD cards inevitably have a limited cycle life I can't really justify the 128GB. When I ran the FineVu CR500HD I found that it worked well with most cards but the one brand that we've seen consistently causing issues for our customers has been Kingston. That being said within each brand there are usually multiple models with different specs.

On many dashcam forums, Sandisk is cited as a not-so-ideal brand for dash cams but it is a little unfair to make a statement like that when Sandisk at the moment makes 7 different types of Micro SD card. We have had some success previously running the Sandisk Ultra series but the biggest news as of late is the Sandisk High Endurance card which is designed specifically for the constant writing/overwriting of security cameras and dashcams. We're guessing this is Sandisk's response to the criticism they've received in the dashcam community and we expect this to be a promising and high quality product. We are continuously looking for new memory card options and will keep an eye out as the 128GB cards come down in price. We get a lot of feedback from customers who experiment with different brands and are always happy to forward that information on to other customers wondering about the same issues. As always, it's a good idea to be formatting memory cards at least once a month and it's usually quite easy to do on the device itself (ask us if you don't know how!) and check regularly to see if you are missing files or if the performance is not up to par.