Recently the price of storage products is extremely attractive. Comparing with the price of 8G 2400 DDR4 memory bar last year, the cost at present has t dropped to about $37.12 from $119.5. The price is falling more than half of the cost. What are the reasons for this situation? 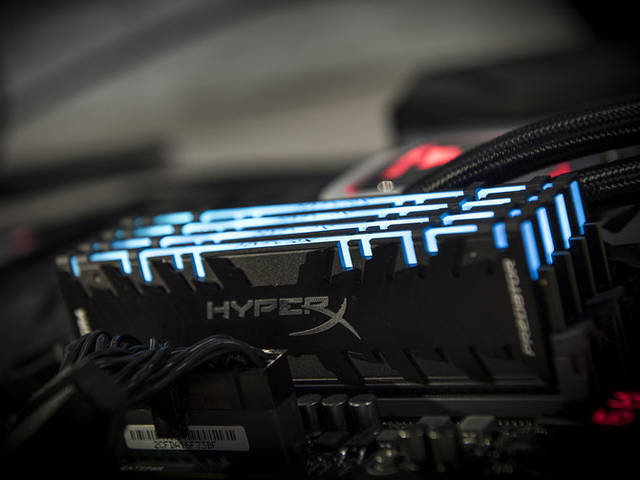 One of the factors is the manufacturer for memory products. At present, there are more than 90% of production capacity of flash particles controlled by Samsung, SK Hynix and Micron in the world. While 90% of cost of storage products depends on flash particles, it can be said that these suppliers have a very important impact on the pricing in the market. For many downstream storage brands, the price of products will also directly determine their pricing on the market. The current shipments of upstream three flash particles manufacturers are gradually stabilized, so that downstream storage brands such as Kingston, Corsair, Toshiba and the other manufacturers can get a stable supply. Along with the various changes in market, price reduction is mainly caused by market self-regulation.

Demand for flash by mobile phones has slowed down, while supply of PC flash particles is stable.
The current mainstream storage configuration of mobile phones is 8G+128G. It is also a great challenge for upstream suppliers. The hot mobile phone in the past two years directly led to three upstream flash particles suppliers putting production capacity into mobile phone storage. However, memory products in PC cannot keep up, resulting in increasing price naturally. In recent years, the shipment of mobile phone has declined and tended to be stable. With increasing production capacity and shipments, the price of PC flash has reduced and reached at a reasonable range.

Chinese Antitrust Institutions investigate Samsung, SK Hynix and Micron.
On May 31, 2018, Chinese Antitrust Institutions sent several working groups to the office of Samsung, SK Hynix and Micron in china where is respectively located in Beijing, Shanghai and Shenzhen. The investigation mainly focused on inspecting the reasons for the recent soaring prices in DRAM market, as well as the problems of bundle sales reflected by the industry.

Although the results of this investigation are not yet available, once their monopoly is confirmed, these three companies will face huge fines. The huge fines cannot indicate a direct link between three companies and price reduction, but their soaring profits do make many people have different opinions.

Along with the development of UNIS, the rapid rise of Chinese semiconductor industry has greatly stimulated the market.
UNIS, an independent semiconductor brand in China, has recently launched its own SSD products, which is not far from mass production. The rapid rise of Chinese semiconductor industry will re-divide market structure. We believe that along with the introduction of more domestic flash particles in the future, the situation of storage market dominated by three top suppliers will be changed. China will have its own voice and market pricing power.

Storage products will welcome a new rebound when prices reach its lowest value.
At present, due to the inventory pressure, entire flash market is in the clearance stage. With high inventory gradually getting less, a new increasing price will follow. SK Hynix recently has announced that it will cut investment budget for 2019 and slow growth rate of NAND Flash to maximize corporate profits. It means the shipments of Micro SD in bulk and wholesale SD memory card will be less and less.

5G era is coming. Increasing demand for embedded storage must lead to increasing price.
With the advent of 5G era, interconnection of all things in the Internet is about to be fully opened. The demand for flash particles will certainly increase in the future. Increasing market demand must lead to increasing prices of DRAM and NAND Flash at that time. So for DIY players, it is very cost-effective to purchase storage products now, because no one can predict how long inventory needs to digest. When does an increasing price increases occur? There is no certain answer. After all, nobody can accurately predict the market law. Considering the price of storage products has dropped to freezing point, just do it!

Not long ago, Baidu Index of memory and SSD was almost equal to the data of double 11 of 2018.
It's very nice for consumers to enjoy lower prices of products, but businessmen will not allow their products to reduce prices all the way because how to maximize profits is their purpose. With the reduction of production capacity and the coming of 5G era, DRAM and NAND Flash products are bound to usher in a new price increases. The current storage market is experiencing surge, when the rise of domestic semiconductor must have a greatly big impact on storage market in the future.

How to Unlock Protection on an SD Card
Must click "safely eject" before unplug USB flash drive?
How to choose CF, SD and Micro SD cards: this article will teach you how to buy a satisfactory memory card.
The new generation of Micro SD card will be UFS card?
how to DIY USB disk with simple materials and make the finished product at your will!
How to get suitable Micro SD Card for your Electronic Gadgets
Never Aceept No MicroSD Support for Phones
How to choose MicroSD Card for Dash Cam?